The Spiritual and Medicinal Properties of Sapphires

Natural sapphires are known as the stones of wisdom and serenity.  They are said to have the power to release mental tension, dispel depression, facilitate meditation, calm the mind, and provide mental clarity.

Natural sapphires align the physical, mental, and spiritual planes and restore balance within the body.  When worn at the throat, they facilitate creativity and self-expression.

Natural sapphires are used to develop the “third eye,” and are often associated with out-of-body experiences, telepathy, and precognition. 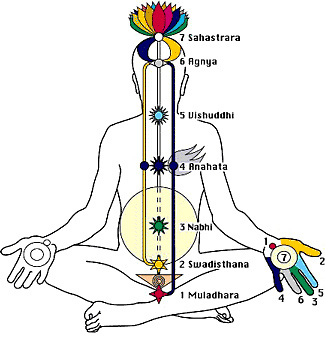 A representation of the seven Chakras

Specific colors of natural sapphires are believed to have additional attributes:

Star sapphires are exceptional for their protective qualities.  They promote astral travel, precognition, and cleanse the chakras.  The rays of the star represent faith, hope, and destiny.

Yellow sapphires bring prosperity, stimulate the intellect, and remove toxins from the body.

Blue sapphires are especially effective for chakra healing-especially the throat chakra.  They are a good stone for those who are intent on finding spiritual truth.

Black sapphires build both careers and the power of intuition.

Sapphires, if worn in sapphire jewelry, ingested, or otherwise applied to the body, have long been credited with an ability to heal numerous medical and mental conditions.

Since ancient times, sapphires have been used in sapphire necklaces and sapphire rings to protect the wearer by boosting the immune system.  They were said to calm overactive body systems, treat disorders of the blood, and regulate the glands.  They were believed to alleviate the suffering caused by rheumatism, allergies, biliousness, hiccups, and cancer.  They were known to cure chronic fevers and epilepsy.  It was thought that when placed on the forehead, blue sapphires could end headaches, nightmares, nosebleeds, and even increase a person’s life span.

One of the most commonly espoused uses of sapphires was for treatment of poison and insect bites.

The ancient Egyptians used ground sapphires for eyewashes.  The idea that sapphires were beneficial for the eyes persisted through the Middle Ages.  One of the specific “virtues” of sapphires was their ability to “empower the eye to eject a troublesome foreign body,” thus restoring impaired vision.  The Dominican monk, Albertus Magnus (1327-1377) recorded that he saw a sapphire remove a foreign body from the eye.  In 1391, a sapphire was donated to St. Paul’s Church in London by Richard-de-Preston, a grocer, so that it might cure the eye ailments of pious petitioners.

Early medieval writers believed that sapphires could reduce outbreaks of rage, dispel malicious behavior, and repel envy. They were considered helpful for treating colic, mental illness, and hysteria, and they were considered a good anti-depressant.