The History of Sapphire Engagement Rings

September 10, 2008 in Sapphires Throughout the Ages

In the Western world, there is a longstanding tradition of engagement rings being presented to women in order to propose marriage. The ancient Greeks are thought to have created the tradition of the engagement ring with their version of a betrothal ring, which was given before marriage.  However, the presentation of these rings was not always a prerequisite or contract to marry, as they were often given in the spirit of a “friendship” ring.

The Romans were the first to use engagement rings to signal the honorable intentions of the groom.  The tradition of engagement rings as we currently know it arose in the medieval era, when, in 1215, Pope Innocent III instituted a mandatory waiting period from engagement to marriage—creating a real period of “engagement.”  During this same time period, it was believed that a sapphire’s color would change or fade if worn by an impure or untruthful person.  It is said that the fidelity of the wives of the Crusaders was tested with sapphires when their husbands returned from their campaigns.

Engagement rings as we know them today became popular in the 14th or 15th century amongst royal and wealthy families. Sapphires, rubies, emeralds, and diamonds were all used in these early tokens of betrothal.  Sapphires were favored because they symbolized romantic love, truth, and commitment.

The link between sapphires and fidelity was promoted by an 18th century story, “Le Sapphire Merviellence,” written by Mme de Jenlis.  The author was inspired by a color-change sapphire, christened the “Sapphire Merveilleux.” Mme de Jenlis’ fable helped to create a new demand for sapphires among affianced couples, a tradition that continues today.

During the 18th and 19th centuries, diamonds from Brazil and Africa flooded the market and prices declined.  This led many to conclude that sapphires, rubies, and emeralds were more valuable and rare than diamonds.  As a result, engagement rings with colored gemstones were more desirable for those who had the means to purchase them.

Victorian (1835-1900) engagement rings were often created from yellow or rose gold.   Victorian rings range from simple elegant designs to very intricate ones.  One Victorian tradition included precious stones whose initials spelled out a message: Lapis lazuli, Opal, Vermarine, and Emerald for LOVE, for example.  Other popular rings spelled “Dearest” or the name of the beloved.  A sapphire stood for the letter “S.” 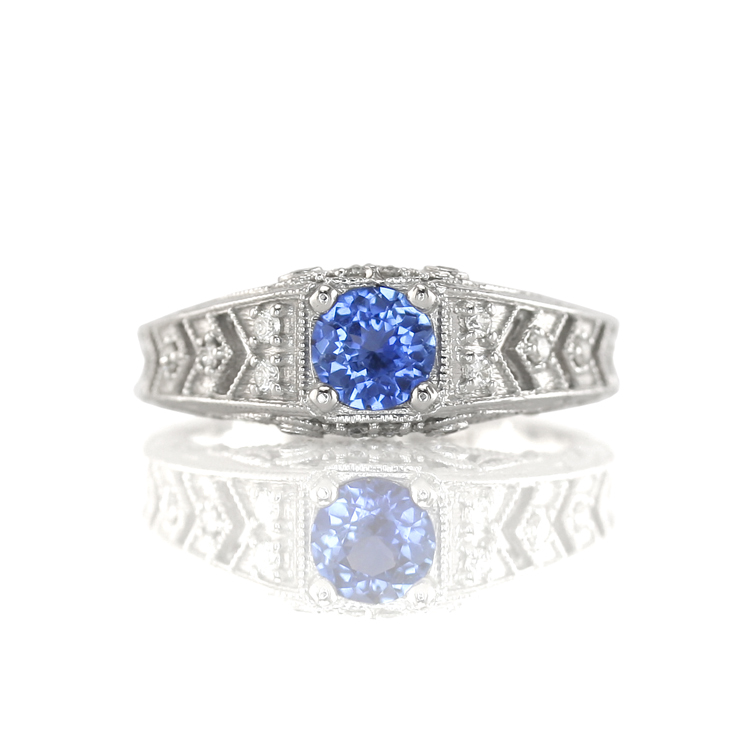