Most of the sapphires in the Natural Sapphire Company are coming from the small city in Sri Lanka known as Ratnapura.  Ratnapura, which translates to “city of gems,” is world famous for some of the finest and most beautiful sapphires in the world.  About 100km away from the capital of Sri Lanka, Colombo, Ratnapura’s main industry is gem mining. This is a beautiful city surrounded by lots of mountains and is the source of one of the four largest rivers in our country. Numerous waterfalls and beautiful valleys also add natural beauty to this special city. 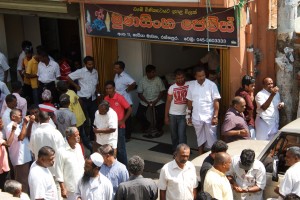 There are around five gem markets in Sri Lanka but the Ratnapura Gem Market is by far the best among them. Although we don’t find any mines or possibility of mining in Beruwala, the Beruwala gem market also plays a major role in Sri Lanka’s gem industry.  I find the dealers in Ratnapura are extremely polite and easy to work with.  Even as one of the few women in Ratnapura’s gem market, I have never had cause for discomfort.  In Ratnapura, you will find both rough as well as finely cut stones. Usually the city is filled with thousands of dealers early in the morning on every day of the week and lasts until about 2pm in the afternoon.   The bustling market attracts dealers from around the world. 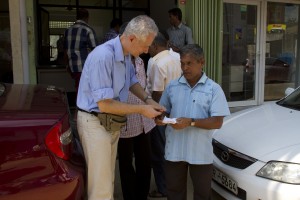 When you are shopping for your own sapphire here at the Natural Sapphire Company and come across one with the origin of Ceylon (also known as Sri Lanka) you can think of how it is traveled from the beautiful city of Ratnapura and rest assured that it was skillful cut and handled in the place known as the City of Gems.