The most famous sapphire engagement ring in the world has been photographed around the world for more than 33 years, today it rests on Kate Middleton’s finger. The original engagement in February 1981 was world wide news; and sapphires from Sri Lanka have forever been on the rise. 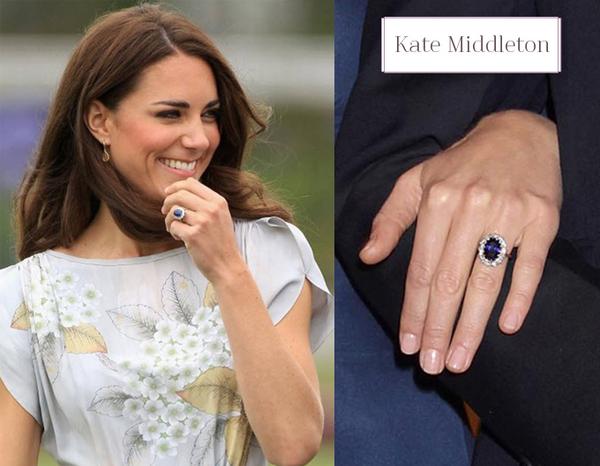 As quote from Wikipedia here:

“Diana selected it because it reminds her of her mother’s engagement ring. Leslie Field stated: “She (Diana) had obviously already said she would like a sapphire; she had half a dozen rings and she chose this one purely because she liked it.” and “Somebody came up with the story that she immediately went for the biggest, but I asked her and she told me it definitely wasn’t the biggest, she simply thought it was very beautiful.”

Sapphires are fantastically more rare than diamonds, extremely durable, and they come in all colors, but most popular are the soft velvety blue tones.

We’ve created the largest design replica ever made in the ‘Princess Diana’ Sapphire Ring. We know everyone is interested in the amazing history of the blue sapphire ring worn by both Princess Diana and Kate Middleton. While the sapphire ring started out as a rather ordinary jewelry item before gracing Diana’s hand, the spectacular life of the Princess brought an enchantment that followed the ring till today. We think this sapphire ring will be in the history books of fashion as one of the more darling and non-traditional choices made for an engagement ring. 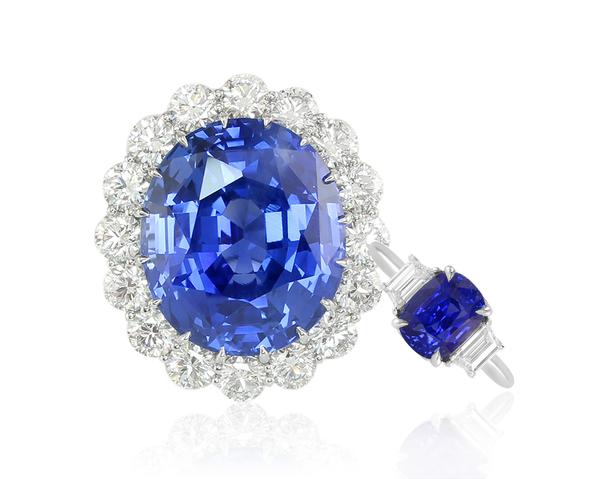 Will you follow in the foot steps of princess Diana and Kate Middleton by choosing something of value that you can put your mark on? Will you be the start of a new tradition to come?