Contact Us
Home » Blog » Designing Your Own » Claddagh Sapphire Rings: Perfect For Bridal

We’ve been getting many requests lately for Claddagh rings, and questions on whether or not these rings are suitable as engagement rings. As it turns out, these rings—with their symbols representing love, loyalty and friendship—couldn’t be better suited for matrimonial expression. We can design just the right one for you. 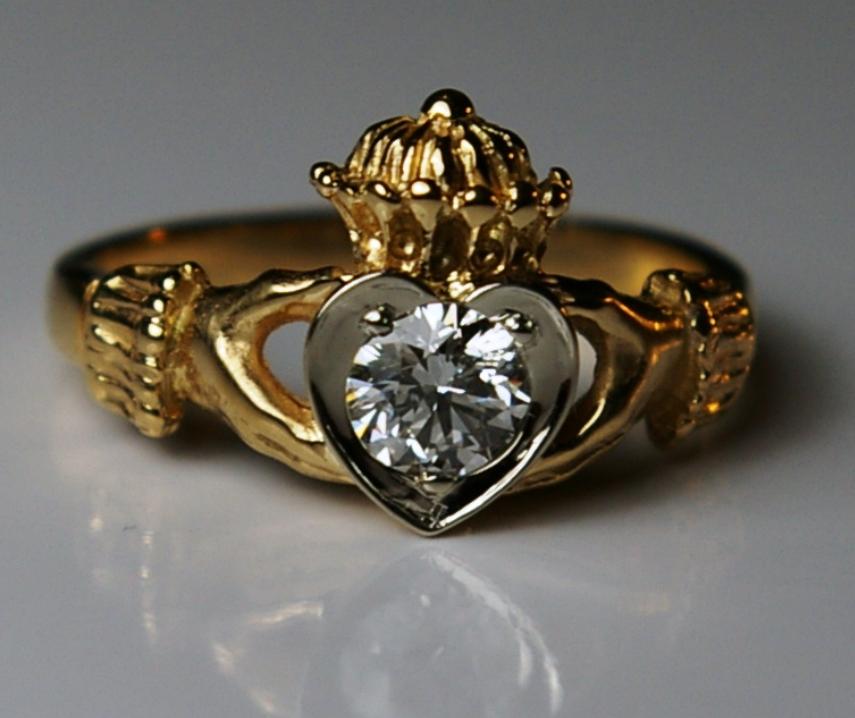 The Meaning Behind The Claddagh Ring 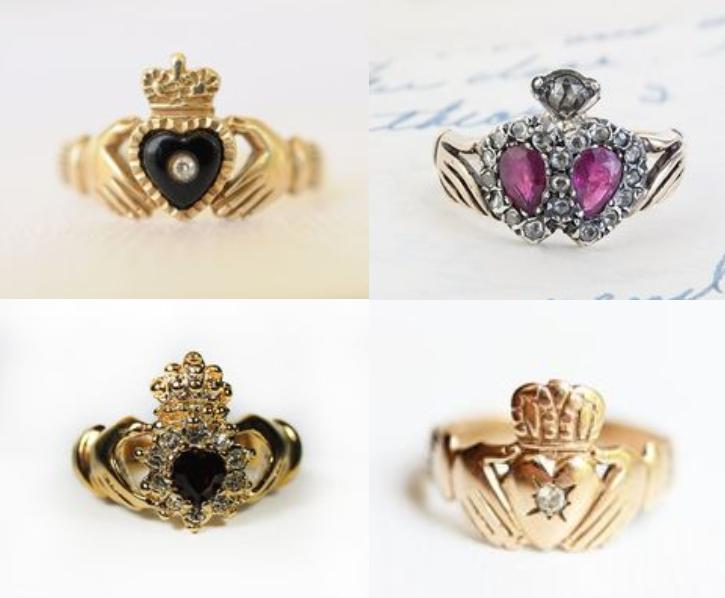 It’s been said that the traditional Irish Claddagh ring is a variation of the fede rings, European finger rings dating from Roman times, cast in the form of two clasped hands symbolizing faith, trust or “plighted troth,” meaning “engagement” or “betrothal.” The Claddagh ring goes a few steps further, adding a central heart representing love, surmounted by a coronet, which can signify loyalty, rank or declare the sovereignty of love over the heart. The heart is grasped on either side by hands to represent friendship. 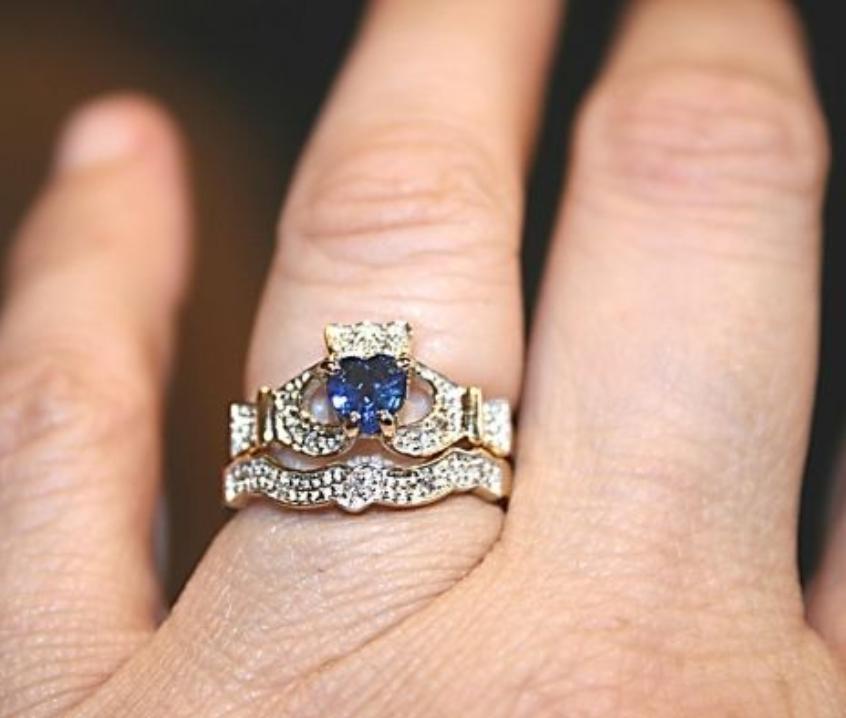 The History Of The Claddagh Ring

The design and customs associated with the Claddagh ring are said to have originated in the Irish fishing village of Claddagh, an area close to the center of the city of Galway, during the 17th century. One popular legend tells of Richard Joyce, a silversmith from Galway, who was captured around 1675 while on passage to the West Indies and sold into slavery to a Moorish goldsmith. While working under the goldsmith, Joyce became a master of the trade and crafted a ring for his lover with whom he longed to be reunited. Upon his release, Joyce returned to his native city with the Claddagh ring and married his beloved who had waited for his return.

Knowledge of the Claddagh ring and its symbolism then spread within the British Isles during the Victorian era, when Galway jewelers began to market it beyond the local area. Further recognition came in the 20th century.

It’s unclear exactly when or how the Claddagh ring became popular in the United States. However, toward the end of the 20th century, there was great and widespread interest in the design both for jewelry and as an icon for the Irish, or those of Irish heritage such as the Irish Americans. 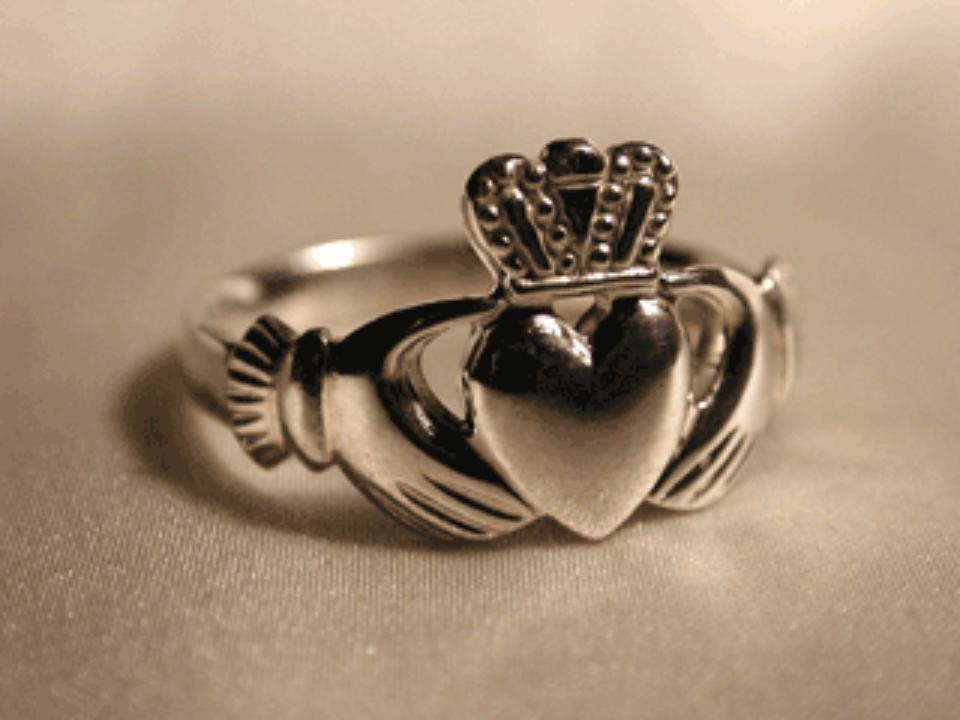 Today, the Claddagh ring design can be seen in a variety of forms to appeal to its diverse fan base. Some are embellished with additional Irish and Celtic symbols such as the Celtic Knot, while others are fashioned simply in sterling silver in response to their popularity as fashion jewelry for teens and young adults. 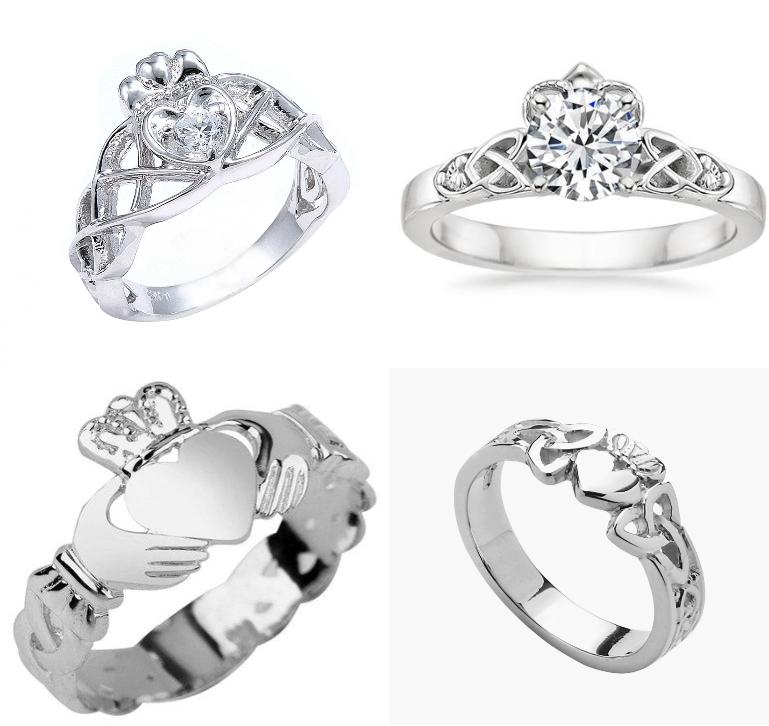 Others, still, are highly decorated, incorporating heart-shaped gemstones at the center with additional gemstone detailing on the crown and around the bands. As such, they offer a more luxurious look appropriate for engagement rings and wedding bands. Some even have matching wedding bands that fit with them like a puzzle piece, following the curves of the heart and hands. 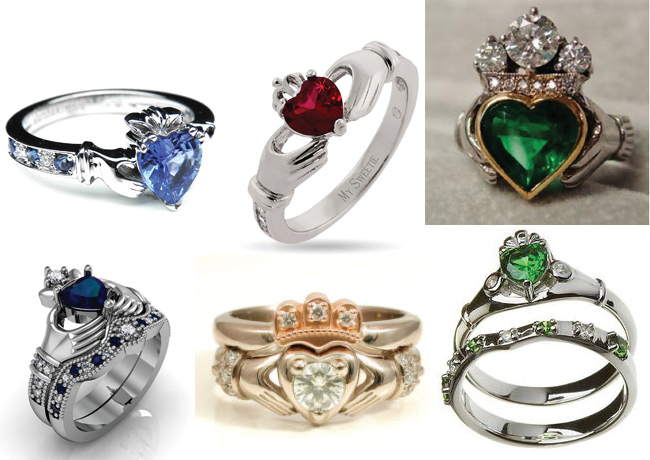 Regardless of form, the special wish associated with the Claddagh ring remains the same—“Let love and friendship reign.” Add to that its rich history and symbolism of undying love, and the Claddagh ring can be considered the perfect choice for an engagement ring or wedding band.

Design Your Own Claddagh Ring

Now that you know a little more about the beautiful and symbolic Claddagh ring, you might be interested in having one for your engagement ring or wedding band. You’d also be right on trend now that the vintage look in bridal jewelry is having a resurgence. While we don’t currently have Claddagh rings in our inventory, our incredible team of designers can customize one for you that’s especially personal to your relationship, highlighted with exquisite sapphires, of course. Click here to get started today!