Who Gets the Engagement Ring When the Engagement Ends? - The Natural Sapphire Company Blog
Back to Top
Free Worldwide Shipping & 14 Day No Hassle Returns*
Over 1100+ Reviews and Counting!
Need Help?       Contact Us & Showroom
Showroom

You think you’ve found the love of your life and decide to get engaged. But during the engagement period, you re-examine your feelings against the commitment of marriage and circumstances change. You no longer desire the other as a marriage partner, the euphoria of love ends, and ultimately the engagement is canceled before the marriage takes place. 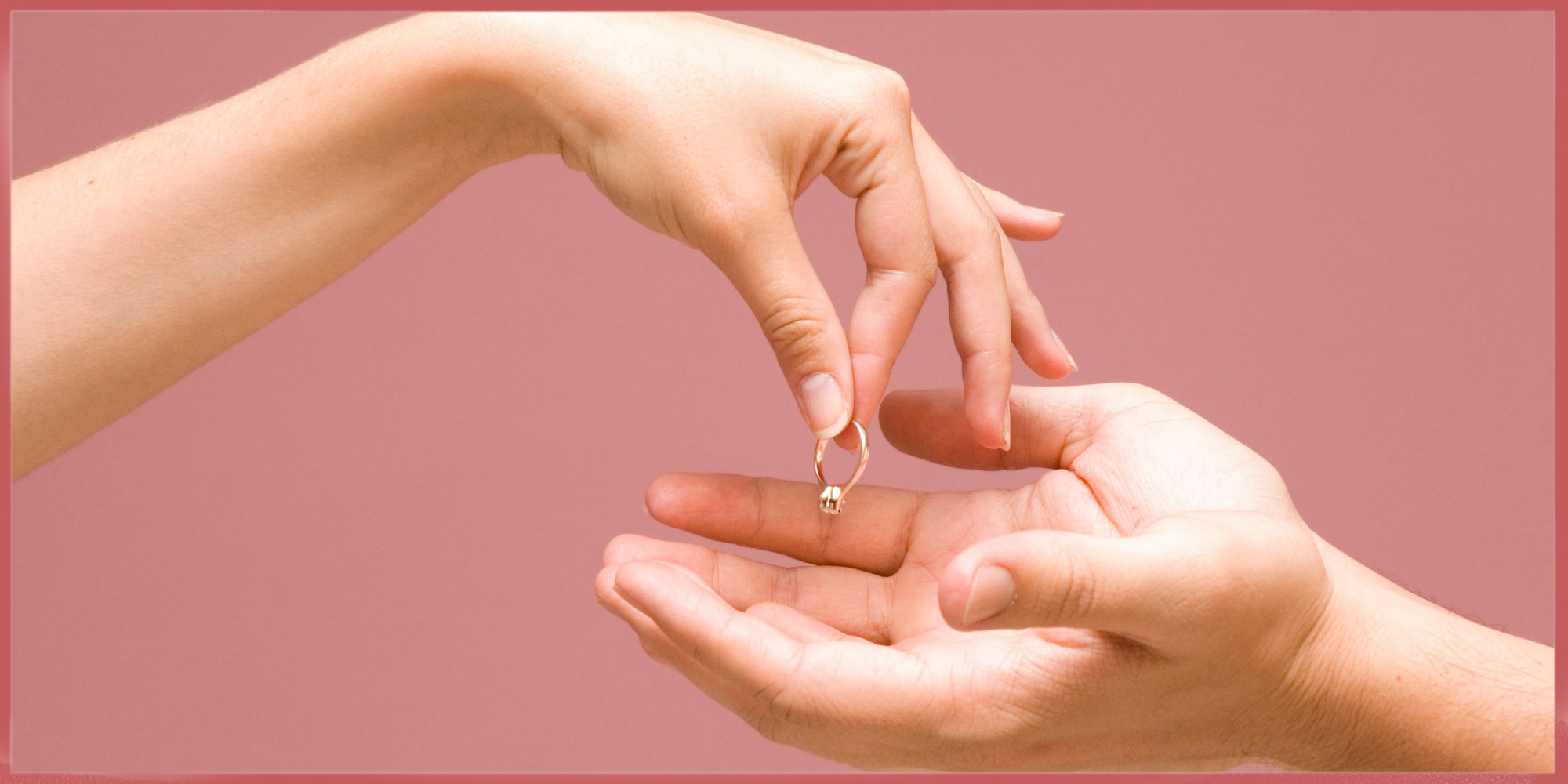 Regretfully, broken engagements often involve more than broken hearts. Even if the breakup occurs before any wedding details have been purchased, the question often arises of who gets to keep the engagement ring. That’s especially true if the ring contains, say, an exceptional sapphire, or is particularly expensive, which is often the case today. According to a study by The Knot, people spent an average of $6,163 on an engagement ring in 2016, which is almost $300 more than they did in 2015. Celebrities, meanwhile, have been known to spend millions. Kim Kardashian’s 15-carat diamond engagement ring from husband Kanye West, for example, is rumored to be as much as $8 million. 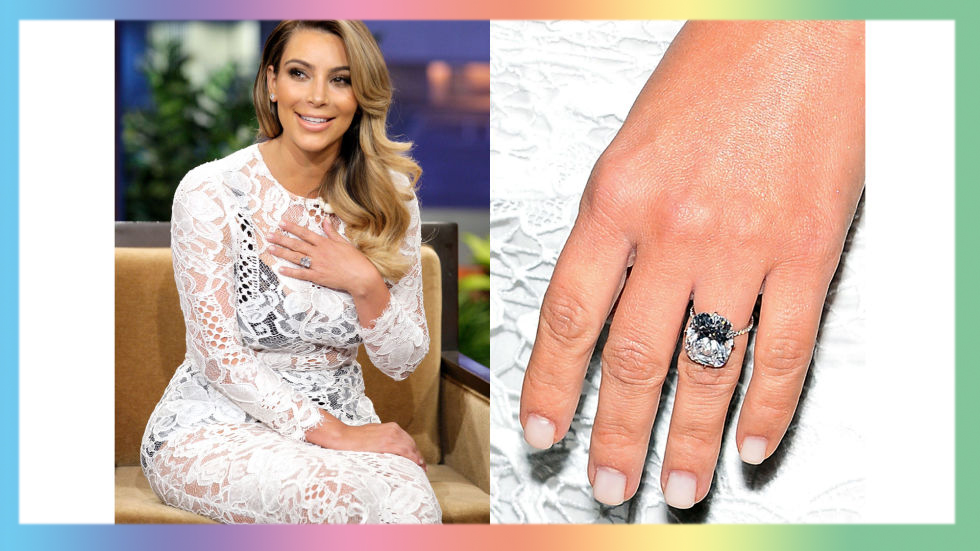 If we look to etiquette experts for the answer, the polite thing to do is to return the ring, regardless of who broke the engagement or for what reason. That’s the position taken by the Emily Post Institute, which promotes etiquette and civility worldwide, as well as the late Pauline Phillips, who founded the popular advice column “Dear Abby.” Abby once famously responded to an advice-seeker on the subject with this: “If the engagement is broken by either party, the lady should return the engagement ring, or she’s no lady.” 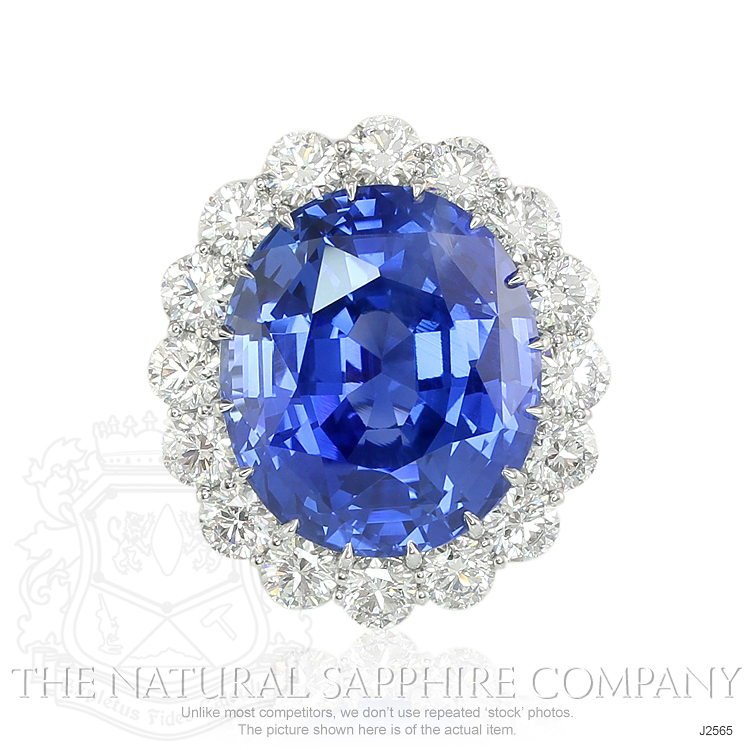 Most courts view the engagement ring similarly. Unlike a typical gift, where once given and accepted, title passes immediately to the recipient, engagement rings belong to a special class known as “conditional gifts.” Conditional gifts are those gifts that come with more strings attached than just the pretty ribbons. You’ll see conditional gifts stipulated most often in wills, the legal documents in which a person states who should receive his or her possessions after he or she dies. A child might get an inheritance, for example, but only if he or she marries within a certain faith or real estate might be left to an alma mater on condition that it’s used for a library. 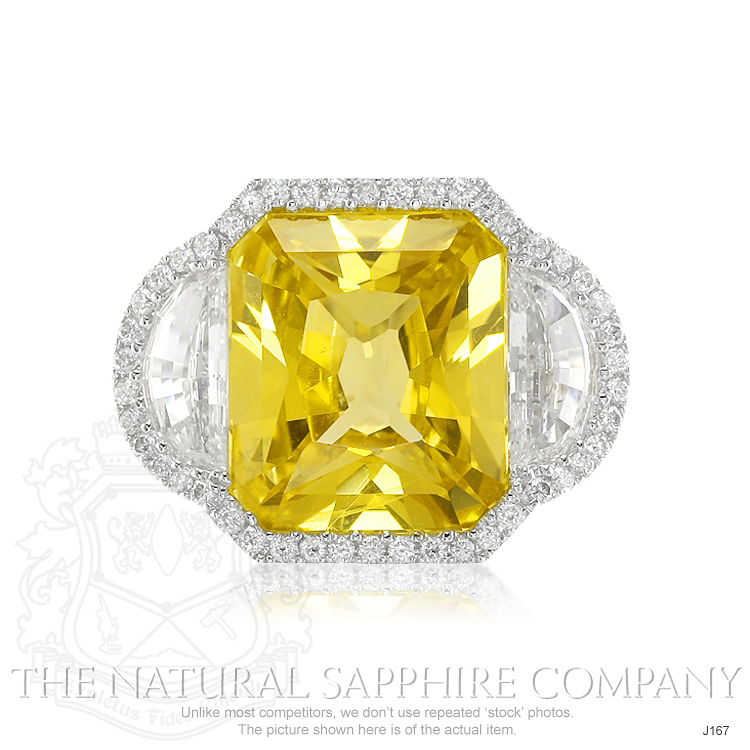 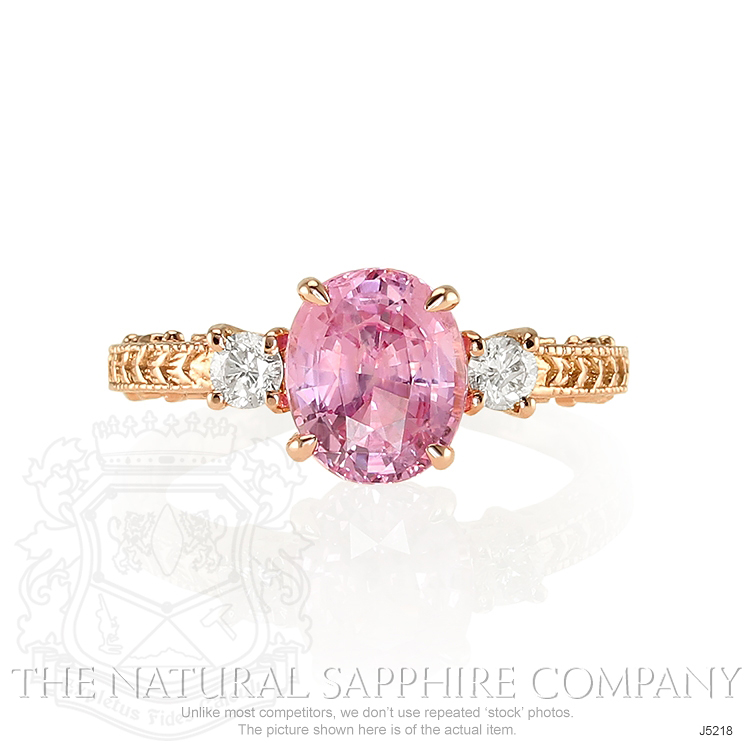 Courts also consider how the couple terminated the engagement. Generally, when the engagement is ended by mutual agreement between the parties, the donor is entitled to the engagement ring, given on condition of marriage, due to a breach of contract. 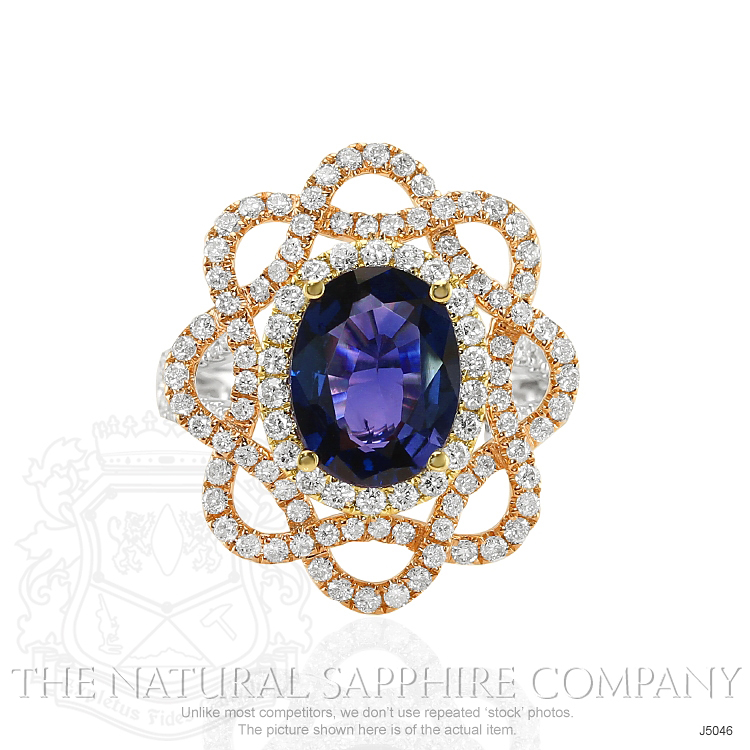 However, situations occur where the couple does not mutually agree to terminate the engagement, and one party causes the breakup. Determining the right to the engagement ring, given on condition of marriage, then turns on whether a jurisdiction follows a “fault” or “no-fault” approach.

The fault approach in determining who’s entitled to the engagement ring is used today in states such as California. It requires courts to determine which party caused the dissolution of the engagement and for what reason. In the 1959 case of De Cicco v. Barker, for example, De Cicco gave Barker a 6-carat diamond engagement ring upon the “implied condition that the parties would be married when and if his current wife died.” Barker later broke the engagement without “adequate cause” or “fault” on the part of De Cicco. The Supreme Judicial Court of Massachusetts, Middlesex ruled that Barker returns the engagement ring to De Cicco.

Conversely, in the 1985 case of Wion v. Henderson, Wion gave Henderson a diamond engagement ring upon the implied condition of marriage. Wion later broke the engagement with Henderson to marry someone else. The Court of Appeals of Ohio, Miami County determined that “absent an agreement to the contrary, an engagement ring need not be returned when the engagement is unjustifiably broken by the donor.” Of course, it’s not always that cut-and- dried. In the 1993 case of Chester v. Ferri, for example, Chester gave Ferri a diamond engagement ring totaling approximately 4.5 carats upon the implied condition of marriage. Ferri later broke the engagement with Chester claiming he physically abused her and she could no longer tolerate his violence. 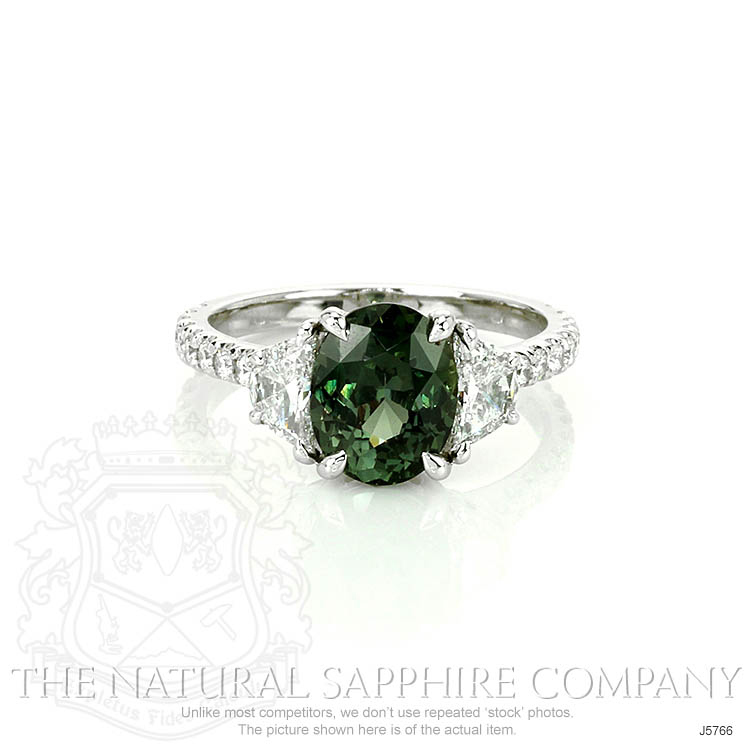 As a result, Chester stopped making payments on a car he bought for Ferri and demanded she returns the engagement ring. Ferri offered to return the engagement ring if Chester would take back the car and resume payments. When Chester refused, Ferri sold the engagement ring to assist her in making the car payments. The Common Pleas Court of Philadelphia County, Pennsylvania determined that although Ferri argued that it was Chester’s behavior that caused her to break their engagement, she ultimately breached the contract. Therefore, Chester was entitled to recover the engagement ring or its reasonable value. 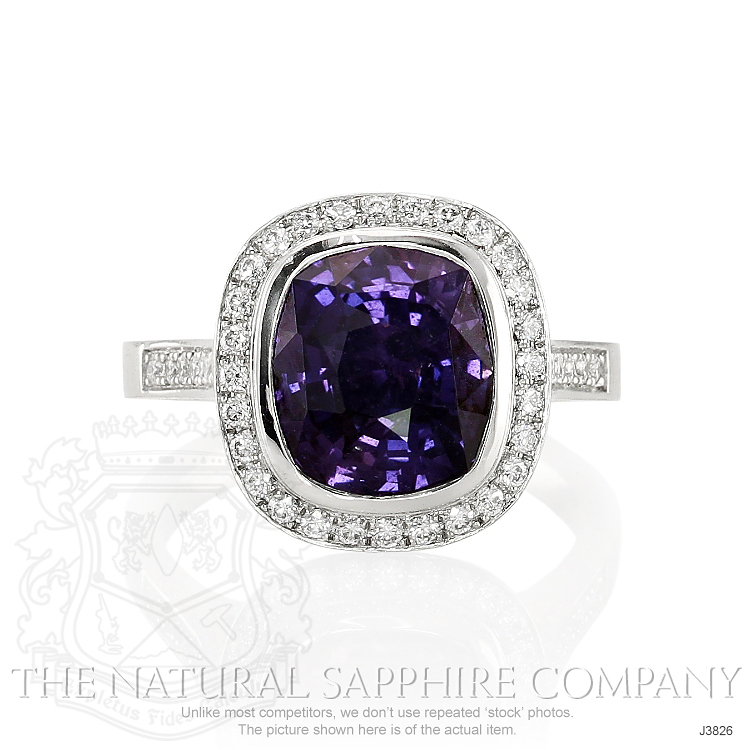 Cases like these have made the fault-based approach less desirable. According to the AAML, this approach gives courts the difficult if not impossible task of “investigating the murky depths of lost love, defeated aspirations and jilted parties” to determine who is “right” and who is “wrong” amid the complexity of modern relationships. As a result, there’s been a major revolution in divorce law in the United States over the last few decades. According to the AAML, the emphasis has shifted from a focus on a fault to acknowledge that marriage (and, by extension, engagements) rarely end because one party is to blame while the other party is totally blameless. Hence, the no-fault approach.

The no-fault approach is used today in states such as Florida, New York and Pennsylvania. It requires courts to simply determine if the engagement ring was given in contemplation of marriage without investigation into the reasons for the cessation of the engagement. In the 1999 case of Lindh v. Surman, for example, Lindh gave Surman a diamond engagement ring upon the implied condition of marriage. Lindh later broke the engagement, asked Surman for a return of the ring, and she obliged. The couple later reconciled, and Lindh again proposed with the ring. Surman accepted a second time.Lindh once again broke the engagement, but this time, Surman refused to return the ring. 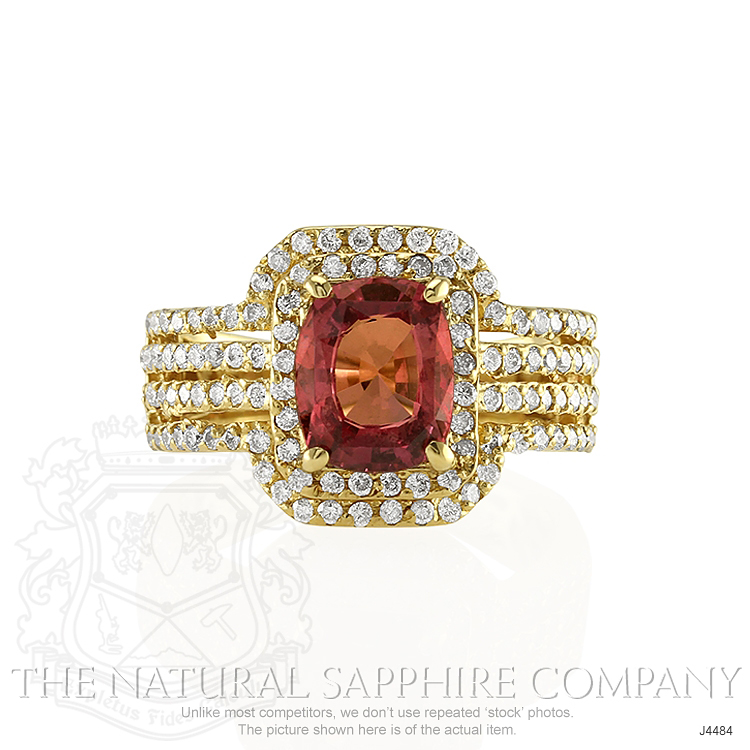 Lindh sued Surman seeking recovery of the engagement ring or a judgment for its equivalent value. His argument was that because engagement rings are conditional gifts, the title to the ring doesn’t vest with the donee until the marriage takes place. Surman believed that because she had been willing to marry Lindh, it was his fault the wedding didn’t take place, and therefore she was entitled to keep the engagement ring. After wrestling with the issue, the Supreme Court of Pennsylvania found that determining who is truly “at fault” for the nonoccurrence of an engagement leads to needless animosity, and is often not possible anyway. As a result, the court ruled that if the wedding doesn’t happen, the engagement ring gets returned, no matter what. 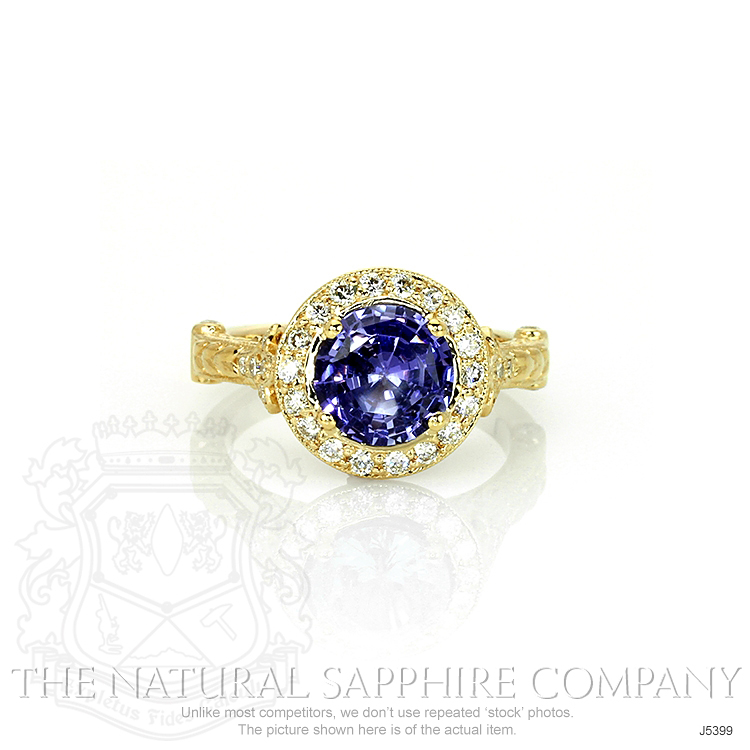 Today, the no-fault approach has been adopted in some form by a majority of states. The general sentiment is that the engagement period is one where each party should be free to re-evaluate his or her commitment to the other. According to the AAML, “In many cases, no real fault exists because one of the parties merely changes his or her mind and no longer desires the other as a marriage partner.”

According to a Pennsylvania law firm, “While logically, if the ring is a conditional gift—the condition being the marriage—one could argue that the ring is marital having been ‘acquired’ during the marriage. But in most cases, we are aware of [the engagementing] being awarded to the recipient as her non-marital property.”In the 1986 case of Lipton v. Lipton, for example, the Supreme Court of New York County had to determine if Susan Lipton’s engagement ring was marital or non-marital property, and thus if it should be included in the property to be distributed in the divorce. Charles Lipton argued that since the condition associated with the engagement ring was fulfilled upon the marriage, vesting of the ring occurred on the wedding day and therefore it was marital property.

The court, however, determined that “the question of the conditional nature of the gift became moot upon the marriage when the ring unconditionally became the property of the [wife]. Therefore, the ring given prior to the marriage retains its character as separate property not subject to equitable distribution.”

When all is said and done, and the dust has settled in the aftermath of a broken engagement or marriage, the party who lost rights to the engagement ring should take heart: While once given on the promise of betrothal and a token of the couple’s commitment to each other, the engagement ring, whether sapphire, diamond or some other only remains a symbol of lost love and unfilled dreams and is therefore an unlikely memento.

Superlative experience from the start!- No Complaints
Best in the World!- Best Reputation Review