Trace Elements in Corundum
Back to Top
We Are Open For Business - Corona Virus NoticeX
Free Worldwide Shipping, Tax-Free & 14 Day No Hassle Returns*
Over 1100+ Reviews and Counting!
Need Help?       Contact Us & Showroom
Showroom

Trace Elements in Corundum can Create One Of A Kind Sapphires

Sapphires, a variety of corundum, are formed deep in the earth’s mantle as well as the lower crust.  They form in the hexagonal crystal system, but are often formed in what people call a bipyramidal shape, or just two elongated pyramids stacked on top of each other.  In its purist form corundum would be colorless with the chemical makeup of Al2O3, Aluminum Oxide, but when small amounts of trace elements find their way into the chemical makeup and crystal structure of the corundum, the variety of colors in natural untreated sapphires come in are born.

In order for a sapphire to become blue, which is by far its most popular and available color, the trace elements titanium and iron must be present.  For a sapphire to be pink there must be a small amount of chromium present, and for that pink color to turn more saturated and red, a larger amount of chromium must be present, and then  ruby can form.  Green and yellow sapphires form with simply iron as their trace element, where as orange or the more popular padparadscha sapphire needs both Iron and chromium.  Last but not least are purple sapphires which form with a small amount of the trace element vanadium, but a larger amount of vanadium in the chemical makeup will cause the creation of a color change sapphire. 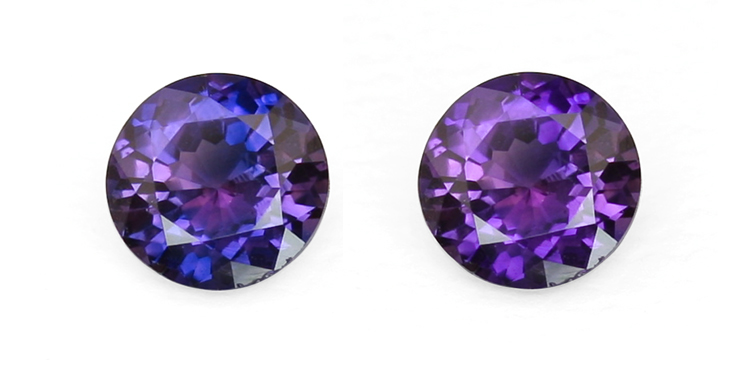 This beautiful .62ct natural untreated color change sapphire has strong intensity and deep saturation.  This stone would look great in a pendant or a well designed solitaire ring.  The reason why the color change does not spread throughout the whole stone is due to the distribution of the trace element vanadium inside the stone. 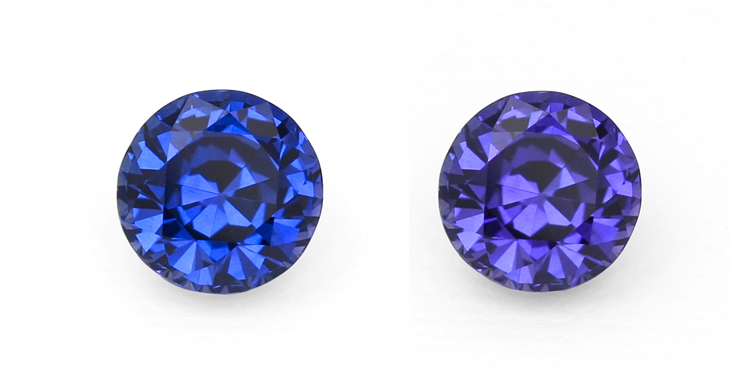 This 2.24ct natural untreated color change sapphire is an amazing example of a full stone color change instead of the above stone that only changes in areas.  The reason this stones color changes throughout is because the trace element vanadium is evenly distributed throughout the stone instead of just in areas.  This is another stunning stone that would look great in a solitaire ring or even a three stone ring with this being your center stone. 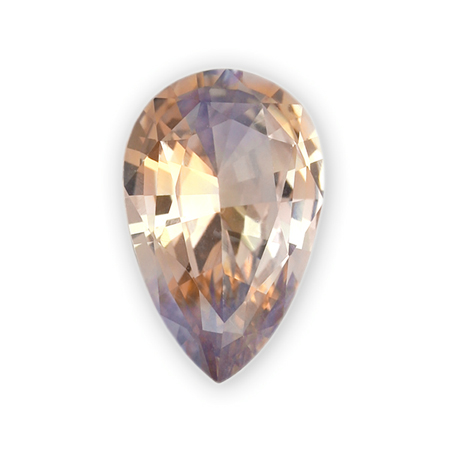 This 3.98ct Natural Untreated bi-colored sapphire is truly a one of a kind stone that you should not let pass you by, because you will never find another quite like this.  This stones coloration is very odd but it is due to the trace elements found inside of the stone.  The areas of yellow are simply colored by iron, where as the orange part is using that iron along with some chromium, and the blue is also using the iron but combining it instead with titanium.  This truly is a unique stone with a lot going on, but it would make an extremely elegant pendant and would look lovely around any woman’s neck. 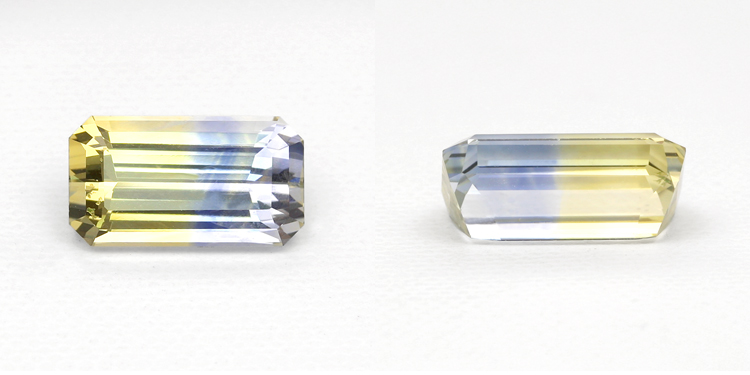 This 7.56ct natural untreated bi-colored sapphire is another great example of the wide variety of colors and combinations of colors that sapphires can come in.  This stone appeared to have started out its crystal growth with simply iron inside of it and as a yellow crystal, but at some point some titanium got in there as well and started to form the blue area.  The color is intense and the saturation is vivid, making this another gorgeous sapphire to own.

Which Of Your Favorite Celebrities Have Been Photographed With Sapphire Jewelry?
Answering your questions about jewelry care!