Star sapphires can sometimes play second fiddle to shiny faceted sapphires.  That might be because star sapphires are rare and, thus, poorly represented in the general population.  However, I came across some fabulous examples among our natural sapphire pendants designs and wanted to share them with you! 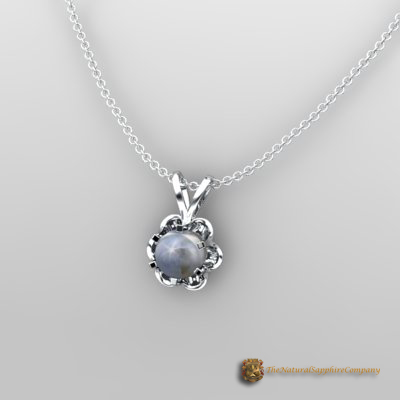 Sapphire is among the only gemstones to have the magical star effect on its surface, and it’s the only precious stone to possess it. 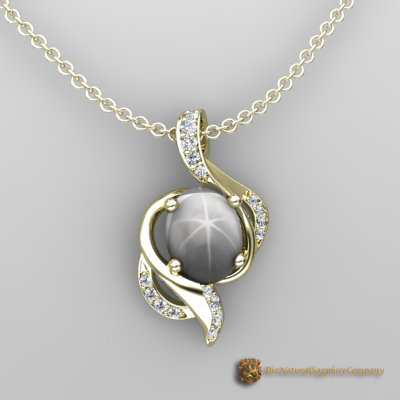 This star sapphire’s effect is amazingly special: no faceted stone could produce such a startling effect! This natural star sapphire reflection gives depth both to the jewelry in which it is featured, and to the features of the one who’s wearing it! 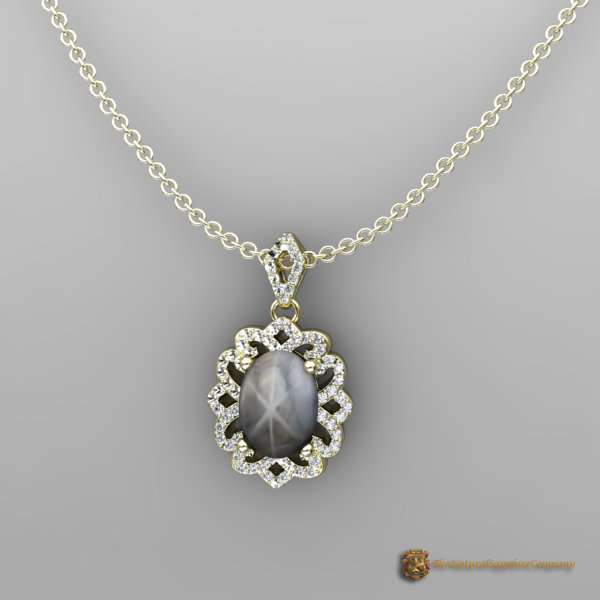 Unlike faceted sapphires, star sapphire usually possesses a grayish hue in order for it to exhibit its unique optical phenomenon, asterism, via the needle-like inclusions . Those inclusions are often composed of the mineral rutile, a mineral composed primarily of titanium dioxide and causing the appearance of a six-rayed “star” shaped pattern when viewed with a single overhead light source. 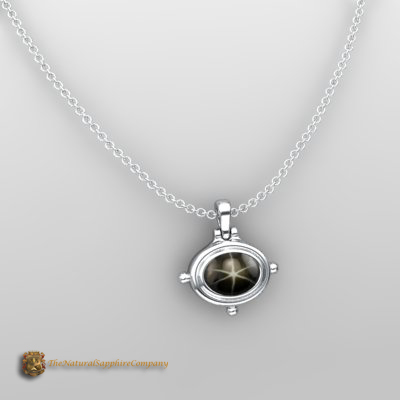 This hologram like sharp star appears on the surface of cabochon-cut natural sapphire. Our star sapphires are polished meticulously so that the star is as clear as if it were in the air above the sapphires surface, looking as though you could almost grab it. Even more magically, the image of the star turns to face you regardless of the angle from which you view it. 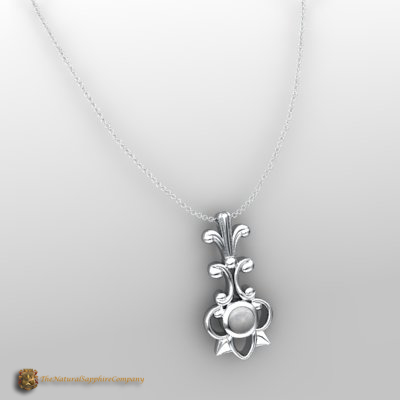 I hope you’ve enjoyed these samples of star sapphires on our jewelry pendant pieces!

Learning in the Lab
Truth in advertising meets the personal touch ….