Should I Buy A Diamond Engagement Ring?
Back to Top
We Are Open For Business - Corona Virus NoticeX
Free Worldwide Shipping & Tax-Free ?
Over 1100+ Reviews and Counting!
Need Help?       Contact Us & Showroom
Showroom

Contact Us
Home » Blog » Engagement & Wedding » Should I Buy A Diamond Engagement Ring?

Should I Buy A Diamond Engagement Ring? 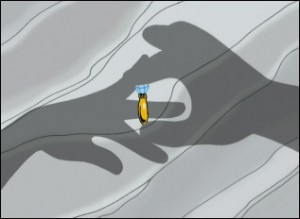 “A Diamond Is Forever” The world has been duped into believing that they Need and Must Have a diamond. Well, not so much duped, as brainwashed by probably the most genius ad campaign ever conceived by any company that ever existed. De Beers. Now, there are many stories, some true and some exaggerated regarding De Beers and the diamond industry, but one thing that is absolutely true is that prior to 1947 diamonds were only the possessions of the most wealthy collectors, and after 1947 even those struggling from paycheck to paycheck would pony-up 2-months salary for a diamond engagement ring, because “someone” was telling him that was what he Had to do.  That 2-months salary notion was another ad campaign created by De Beers in the 1980’s, “Isn’t two months’ salary a small price to pay for something that lasts forever?”

While many will not be diverted from their desire for a diamond, the truth is that without paying two months’ salary for something that is truly not a good and sound investment (many believe they are); you can spend 2 WEEKS salary and propose with for instance a sapphire engagement ring.  Why do diamonds cost so much!? They’re not rare. Not even in the slightest way are they rare. Pink diamonds, blue diamonds, red diamonds….those are rare, and if you can afford one, you’re probably not reading this blog.  Don’t be sucked in to the idea that you absolutely must buy a diamond engagement ring. There is a world of colored gemstones and even colorless gemstones that are more rare and just as beautiful as any diamond. 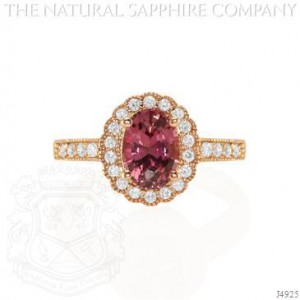 Before the days of De Beers advertisements, if there was an engagement ring, more than diamonds, it was set with the other precious stones of the time such as Amethyst, Garnet, Aquamarine, Ruby and Sapphire. Some engagement rings were even made with pearls as the center stone. It wasn’t always about the hardness or durability of an engagement ring, but solely the Love that the ring itself symbolized. While 75% of women may still ask for a diamond engagement ring, the other 25% know that a ruby engagement ring or sapphire engagement ring is not only just as beautiful, but also more rare and more unique. Put yourself in a room of engaged and married women, and you may be the only one with a natural ruby engagement ring. Now, if you want to be like everyone else, by all means, go ahead. I proposed to my wife with a natural untreated green sapphire set in a custom one-of-a-kind ring that no woman will ever see again, anywhere. Go ahead, buy that diamond. 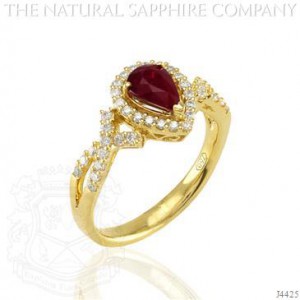 Wedding Day Jewelry For The Bride
Do Sapphire Origins Matter?