Sapphire's Attributes Make It Perfect For Wearable Technology
Back to Top
We Are Open For Business - Corona Virus NoticeX
Free Worldwide Shipping & Tax-Free ?
Over 1100+ Reviews and Counting!
Need Help?       Contact Us & Showroom
Showroom

As excitement builds over the expected spring launch of the Apple Watch, it’s put our beloved sapphire into the spotlight. To much enthusiasm, Apple has revealed that most of its models will be laminated not with glass, but with synthetic sapphire, or simply, sapphire with the same physical and chemical properties of natural sapphire, but grown by man.

What made sapphire the ultimate choice? Sapphires are second only to diamond in hardness, it’s 50% more scratch-resistant than glass and about 10 times that of stainless steel. It’s also highly transparent with a high refractive index. That means the Apple Watch not only has an extraordinarily clear display, it can also withstand lots of everyday abuse, so you can enjoy its incredibly powerful technology for years to come.

Also making headlines recently are two other functional pieces of jewelry that feature sapphires. Not unlike the Apple Watch, both are outstanding feats of engineering. However, these use the sparkly gem-quality sapphires that make us all swoon. 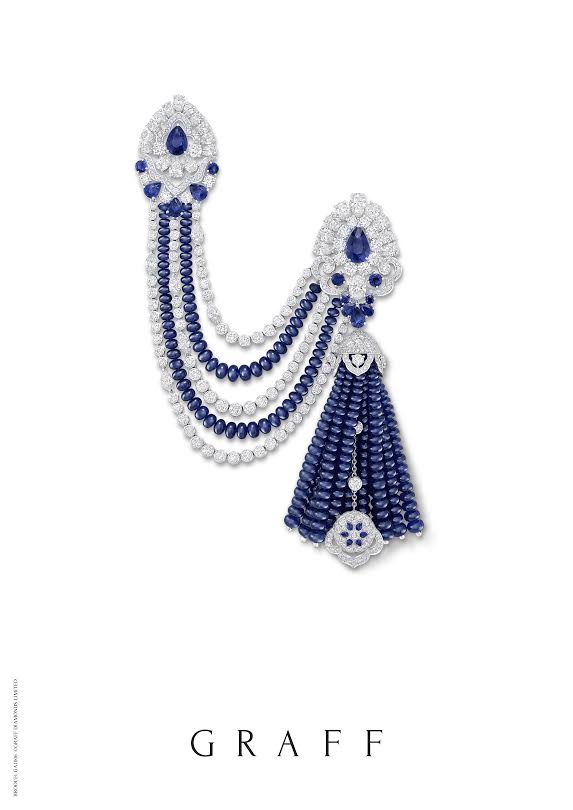 What’s particularly special about the piece is its multi-functionality. Not only is it a beautifully articulated jewelry setting, it also tells time. In addition, the piece can be worn three ways—as a whole, as a single brooch or as a single brooch with tassel—a testament to transformable sapphires.

Although not nearly as grand, our next piece also features groundbreaking functionality, but this time it’s pure wearable tech. It’s called “Ringly,” a fashionable ring that notifies you of phone calls, text messages, emails, social media alerts and other notifications while your smartphone stays in your purse. Pink Sapphire comes in as a center stone choice. The setting is in brass plated with either 18-karat yellow gold or rhodium. 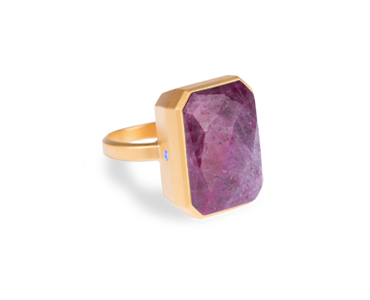 These two pieces of functional jewelry are certainly vastly different in concept and quality, but their commonality lies in the exploitation of sapphire’s superior attributes to fulfill the dream of beautiful wearable technology.

Long before Graff’s “Secret Watch,” Ringly and the Apple Watch, synthetic sapphire was being used mainly in high-end watches as demand increased for a transparent dial cover that didn’t scratch. Traditional watch glass has a hardness around quartz’s 7 or below on Mohs Scale of Hardness, which can easily scratch with regular wear over time. Synthetic sapphire was also used as jewel bearings in mechanical watches, where its low and predictable friction, among other qualities, improves time-keeping accuracy and timepiece longevity. 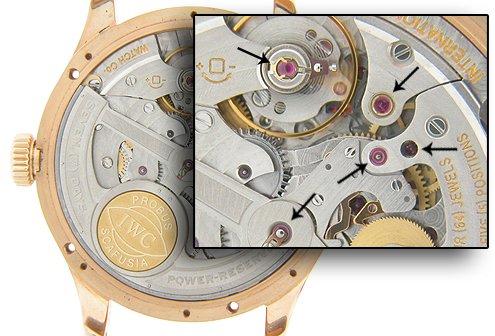 Pink Sapphire Bearings On A Watch

Synthetic sapphire is still being used in such watch applications today, as well as in numerous technological applications. According to Jennifer Stone-Sundberg, Ph.D., in addition to its amazing mechanical and optical properties, sapphire is inert to most chemicals, including strong acids and bases, it melts at extremely high temperatures (about 3,720 degrees Fahrenheit) and has good thermal conductivity and electrical characteristics. “Sapphire can be put in the most punishing of conditions and do its job!” she says.

That’s why you’re seeing this mighty material pop up in everything from bulletproof glass and dental brackets to LED light bulbs. Apple might also use synthetic sapphire for touchscreens in future versions of its iPhone.

As for the burgeoning market of functional jewelry (or wearable technology), gem-quality sapphire is here to stay. They’re worn for their beauty, after all, with romantic and royal associations that give the precious stone such everlasting appeal.

What Do You Think?

So what are your thoughts on Graff’s tasseled timepiece wonder and Ringly’s bling that rings? Let us know which one you prefer. What other technologies do you see sapphires being incorporated into? We’d love to hear from you.