Regarding the Ruby
Back to Top
We Are Open For Business - Corona Virus NoticeX
Free Worldwide Shipping & Tax-Free ?
Over 1100+ Reviews and Counting!
Need Help?       Contact Us & Showroom
Showroom

Contact Us
Home » Blog » Top Picks » Regarding the Ruby

The color red is on the minds of us all every winter season when the thoughts of autumnal changes fade to those of the holidays, the New Year, and of course the fast approaching Valentine’s Day. We all know what red means – as the color is much associated with this time of year. Red will always be a color of Love, Passion and Devotion, associated with roses and the beating heart – the red of Love is forever, unending, undying. In antique stores, when you see a ruby ring, inevitably it was given as a token of love, and somehow the reason for which it was given, becomes the meaning of what it is. The red ruby ring is true love. 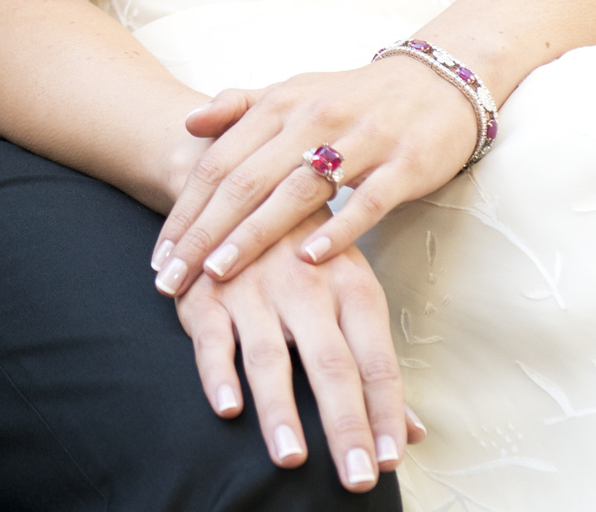 In the ancient Indian language of Sanskrit, the word “ratnaraj” was used to describe rubies, meaning “king of precious stones.”  It is said that when a ruby crystal was found the Indian Emperor would send out a Royal committee to properly welcome the King of Precious Stones. It is understandable when seeing the fiery impassioned red of rubies why they would be deemed kings. Through the years and to the present day the ruby could still be crowned king of the precious stones as it’s rarity, far surpassing diamond, matched with a hardness second only to diamond, make this stone a piece of treasure that forever has and forever will be prized and valued.

Before the discovery of diamonds in South Africa in 1871, the later monopoly by De Beers, and the very successful marketing campaign leading to “A Diamond is Forever;” rubies were considered to be the finest and most precious of gemstones. Rubies were first mined in Sri Lanka in 600 BC, and during the Middle Ages and Renaissance rubies were considered the “Wedding Stone” as they were thought to keep passion alive, and promote a long lasting marriage. In the 1800’s, French jeweler’s called the ruby “the gem of gems” and also “The Dearly Loved Stone.” 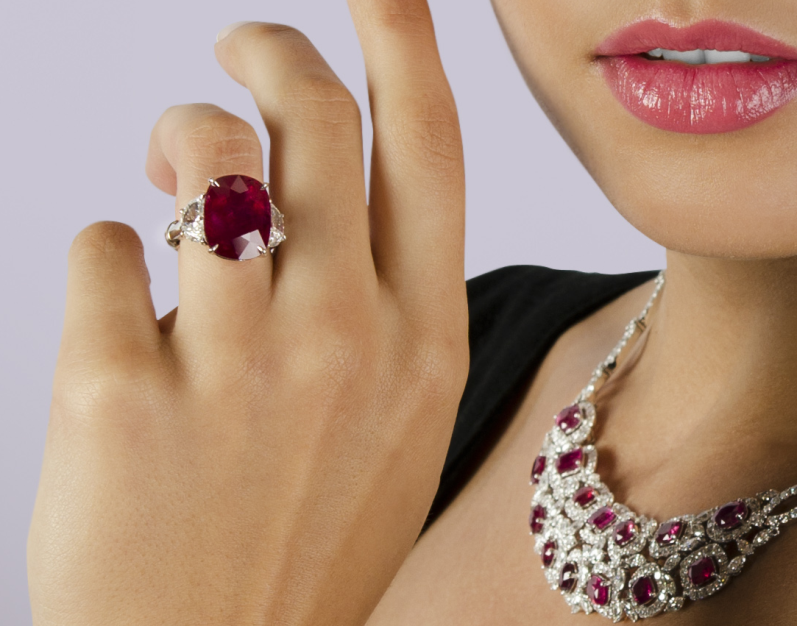 Even though diamonds became the more popular and more grossly advertised engagement stone; rubies are still the most truly prized for their rarity, their intense inner glow, and the discerning sentiments of quality they necessitate.  Rubies of comparable carat weight and quality to a diamond, will still fetch higher prices, as a diamond of equal quality is a far more often occurrence than the ruby. As the size of the ruby rises, so does its value and price, and while you might easily see a 3-4 carat diamond, many may never see a 3-4ct ruby.  So, though they say “A Diamond is Forever,” the rare natural beauty of rubies will always make them the prized Kings of precious stones –and more emotionally enduring than diamond.

Ruby jewelry is often given as a gift to celebrate the 15th and 40th wedding anniversaries, but maybe that’s if the bride had only previously been given a mere diamond engagement ring.  Today’s brides to be are asking for what is truly rare and precious – the King of Precious Stones. Though Princess Diana and the Duchess of Cambridge both enjoyed being given a blue sapphire engagement ring, the ruby has long been a popular choice of Royal engagements as well, including “Fergie” the Duchess of York and Princess Margaret, Countess of Snowdon.

Here at The Natural Sapphire Company we have a large selection of rubies and ruby jewelry in our inventory, as well as pre-created designs and custom designers ready to create a one-of-a-kind ruby engagement ring. Our ruby inventory includes both heated and unheated stones, the latter being the most rare and prized. We supply the finest of Kings!

Yellow Sapphires Are Trending Now
Pantone Color of the Year 2013