Production is progressing nicely on the Royal Baby Rattle we’re creating to commemorate the birth of Princess Charlotte, born May 2 to Prince William and Kate Middleton, the Duke and Duchess of Cambridge. If you’ve been following our posts on the baby rattle, you’re aware of what a unique and exceptional design we’re producing, and also the incredible skills required to handcraft the design and set it with an astounding 622 gemstones.

Place the order with custom essay writing to simplify your academic life! Enjoy the freedom to full! 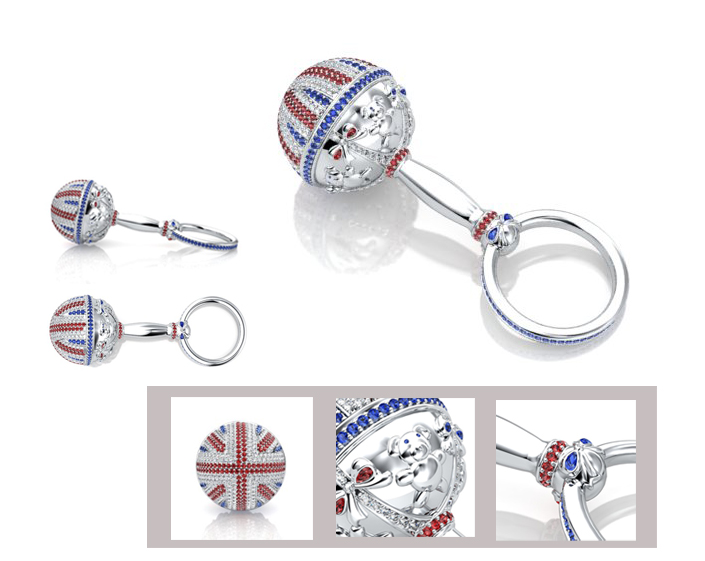 In this latest installment of our blog documenting the production of the baby rattle, we’re showing you some amazing photographs of the white gold casts of this truly unique gift, as well as images of the investment casting process used to create them.

One year for our Baby rattle of Prince Charlotte. Click the below link to get more information. 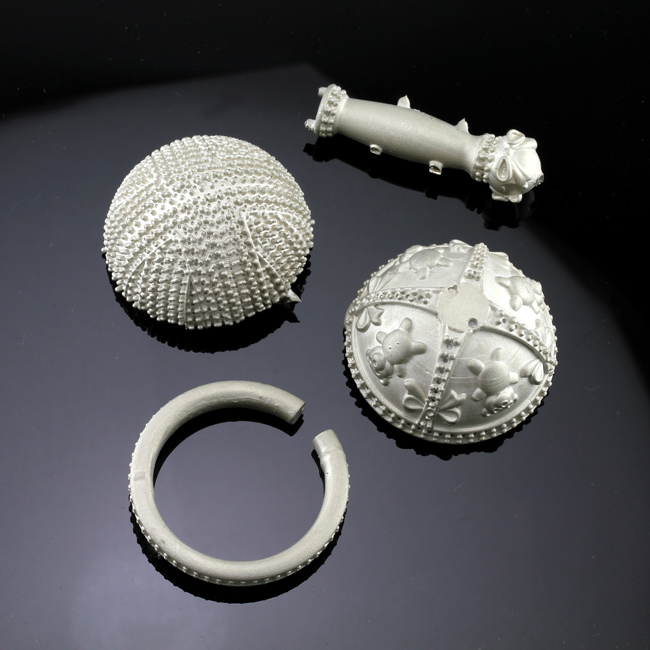 The Four Parts Of The Baby Rattle Cast In White Gold

Here we have a photo of the four different parts of the baby rattle cast in white gold. Notice the significant amount of detail on each piece. From here, the pieces need to have any excess metal from the casting process smoothed off prior to them being highly polished. After that, the pieces will be set with blue sapphires, rubies and diamonds, most notably to form the Union Jack, the national flag of the United Kingdom, on the rattle mechanism itself.

The method used to produce the baby rattle is known as investment casting. This method is generally used for small castings, and can produce highly accurate complex and intricate shapes that would be difficult, or even impossible, with other casting methods such as die casting.

The first step in the process was to create a highly sophisticated three-dimensional model of the baby rattle using CAD-CAM. Once the model was approved, exact replicas of the baby rattle parts were then printed out in a special wax resin material using a 3-D printer. 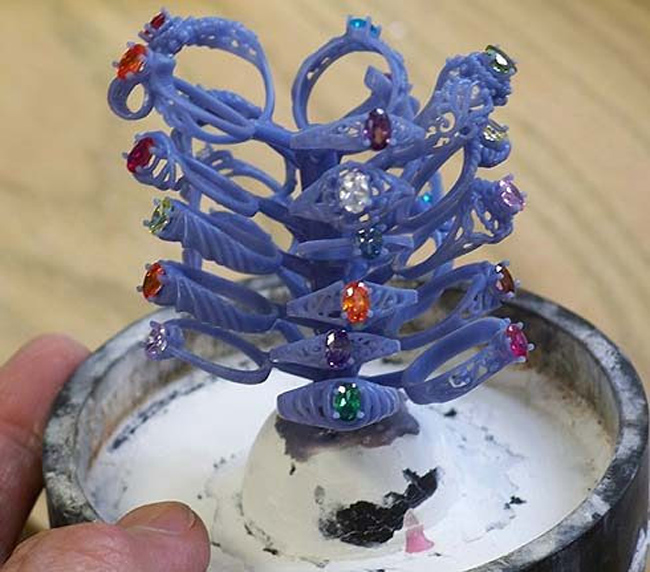 The next step was the creation of the investment molds. The wax models of the baby rattle were placed in a canister and then covered with a very fine liquid called investment.

Investment Being Poured Into A Canister And Baked In An Oven

The canisters were then placed in an oven at 1,350 °F, where the wax melted away, leaving behind the investment that had hardened around the details of the wax models. This, by the way, is why investment casting is also known as “lost wax” casting, because the wax models completely disappear during the process.

A Mold Of The Top Of The Baby Rattle

Once the molds were formed, the casting process began, where 18-karat white gold was melted and poured into the molds. Once the metal cooled, the molds were dipped in cold water, after which they gradually flaked away, leaving behind nearly perfect white gold pieces of the baby rattle. 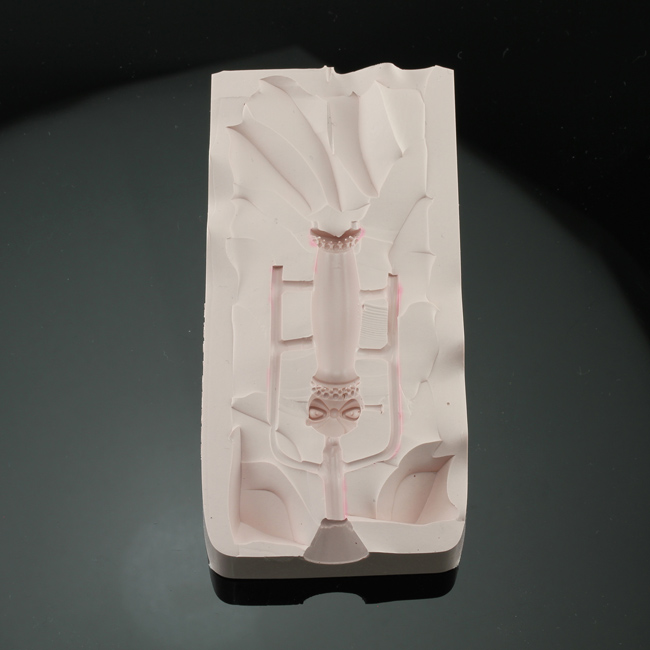 A Mold Of The Handle Of The Baby Rattle

It’s important to note that while investment casting seems like a very straightforward process, the variables at stake during this type of casting are significant. It takes many years to learn what is essentially an art in producing perfectly cast gold jewelry.

We’re getting closer to the finished Royal Baby Rattle, worth $45,000, and we can hardly wait to present it to Princess Charlotte! 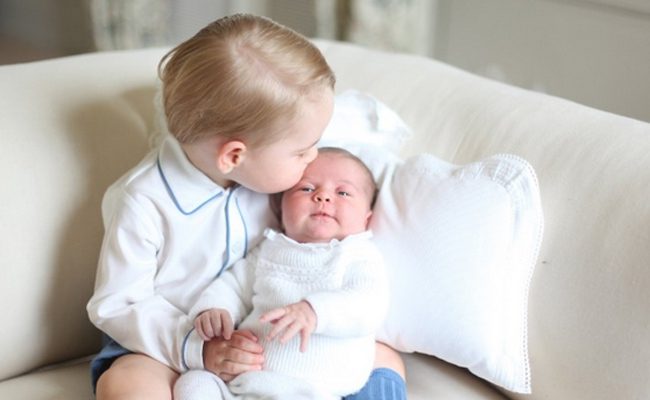 Our company’s association with the British royal family has blossomed ever since William and Kate were engaged in 2010 using the iconic blue sapphire ring that once belonged to William’s mother, Princess Diana. Understandably, women across the world wanted an engagement ring as beautiful as Kate’s, which caused sales of our blue sapphire rings to skyrocket. Today, we continue to develop as a leading sapphire jewelry business, and it is with great joy and gratitude that we celebrate the birth of Princess Charlotte with such a special gift.

For future updates on the production of our Royal Baby Rattle, check back in with our blog. News will appear here first.