Contact Us
Home » Blog » Sapphires Throughout the Ages » Historical Rubies

May 7, 2008 in Sapphires Throughout the Ages

Known for its on unprecedented color it is no surprise that the name ruby comes from the latin word ruber which means “red.”  The ruby a variety of corundum is one of the rarest and most sort after gemstones. Over the centuries rubies have come to be associated with stories, beliefs, and great legends. In the ancient and sacred language of India, Sanskrit, ruby was often called ”ratnaraj” translated to “King of Gems.” Believed to protect and give peace to its possessor amongst enemies, rubies often adorned  soldiers in battle as believed it would make them invincible in battle. During the medieval times rubies were desired and worn by royalty to provide wealth, wisdom, health and love. 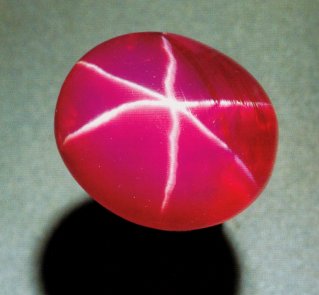 This 100.32 carat stone is on view at the Natural History Museum in NYC.

In 1964 the Delong Star Ruby as well as the Star of India were among the jewels targeted in a notorious burglary. Jack Murphy who is know as Murph the Surf heisted the stone along with two accomplices. They ransomed the stones for $25,000 and both were recovered. The Delong Star Ruby was found in a phone booth in Florida which was the designated drop off site. 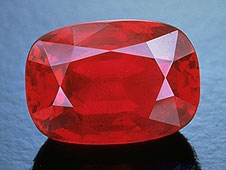 This 15.97 carat untreated Burmese ruby was sold at auction by Sotheby’s on October 18, 1988 in NYC. The stone sold for a total of $3,630,000 that is $227,302 per carat. The winning bidder was Graff of London, who allegedly sold the stone to the Sultan of Brunei as an engagement ring for one of his wives. 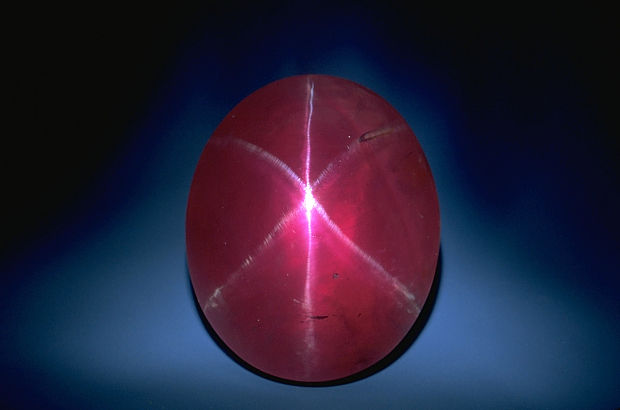 The legendary Sri Lankan star ruby is one of the finest and largest rubies of the world it weighs in at 138.7 carats and it is prized for its great color and its distinct star pattern.

Rosser Reeves donated the stone to the Smithsonian in 1965, before this time he was know for carrying around the stone and referring to the ruby his baby as he felt is was his lucky stone.

Frederick C. Hixon donated the 196.10 carat ruby crystal to the Natural History Museum of Los Angeles in 1978. It is considered to be one of the most perfect large ruby crystals discovered to date. 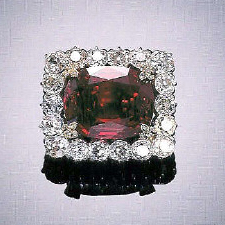 This stone went up for sale by Sotheby’s  New York on October 18, 1988 however the 48.019 carat cushion cut stone received no bids. The stone has great quality, clarity is almost flawless,  good transparency and the color is an intense red. Due to its high quality he pre-sale estimate of the stone was $15 million. 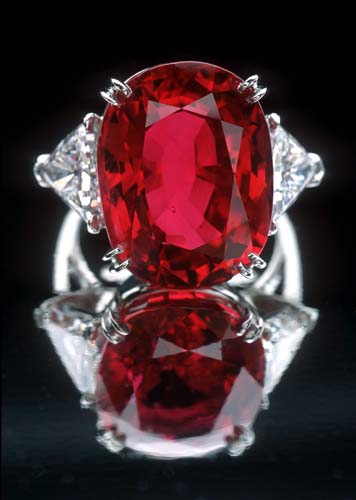 This impressive Burmese Ruby was donated to the Smithsonian by Peter Buck in memory of Carmen Lucia his loving wife. The 23.1 carat ruby is set in a platinum ring and is flanked by two trillion cut diamonds. The stone was mined in the 1930’s from the Mogok region of Burma (Myanmar).