Gem Lab Meeting International Standards To Be Open In Yangon, Myanmar This Year

The Weekly Eleven News reports in its February 13, 2013 issue that a gem laboratory that meets international standards will be open in Yangon, Myanmar, this year.

Secretary Kyaw Htay of Myanmar Gems and Jewelry Entrepreneurs Association says gems produced in Myanmar need internationally recognized certificates to be accepted all over the world. According to Mr. Kyaw Htay, the equipment needed for the establishment of the gem lab is to be purchased soon. The guidance and assistance of the chairman of Myanmar Gems Entrepreneurs Association Tay Za is essential for the emergence of the new gem lab, he added.  Despite several attempts to resign from his position since the US placed him on the sanctions list in 2007, Tay Za is being encouraged to remain in his position until the end of the year.  Myanmar is currently known for producing some of the finest rubies, sapphires, and other gemstones in the marketplace, however the Association wishes to usher Myanmar into the finished jewelry realm by developing their own jewelry production industry.  The Association views Tay Za’s dedication to his work as vital for this effort to be realized.

Arrangements are made to open the new gem lab in 2013, at Kaba Aye Gem Hall, in Mayangone Township of Yangon, near the famous Kaba Aye Pagoda “World Peace Pagoda.”

Another source reports that the staff for the new gem lab will be trained in Hong Kong. 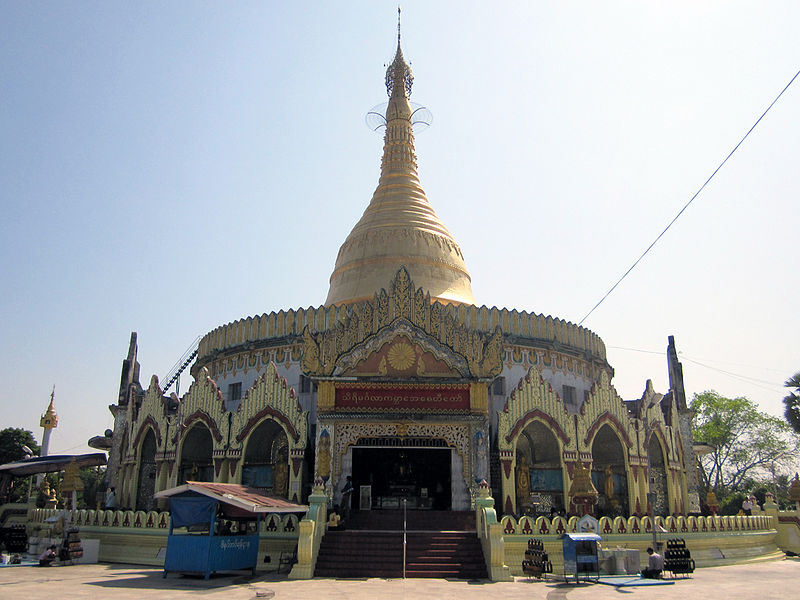 The famous Kaba Aye Pagoda, in Mayangone township of Yangon. Kaba Aye means world peace in Burmese. The new gem lab is to be near the pagoda.

Pantone Color of the Year 2013
What A Jeweler May Not Tell You, But We Will.