A Glimpse into Ruby and Sapphire Trading
Back to Top
Free Worldwide Shipping & 14 Day No Hassle Returns*
Over 1100+ Reviews and Counting!
Need Help?       Contact Us & Showroom
Showroom

A Glimpse into Ruby and Sapphire Trading in Renowned Mogok, Myanmar (Burma)

Mogok, famous for ruby and sapphire, is in Mandalay Region, Pyin Oo Lwin District, Burma. Natural rubies and natural sapphires of Mogok, unlike those from other sources, do not need heat treatment or other enhancements. They are almost always traded in the natural state, without any treatment other than cutting and polishing. 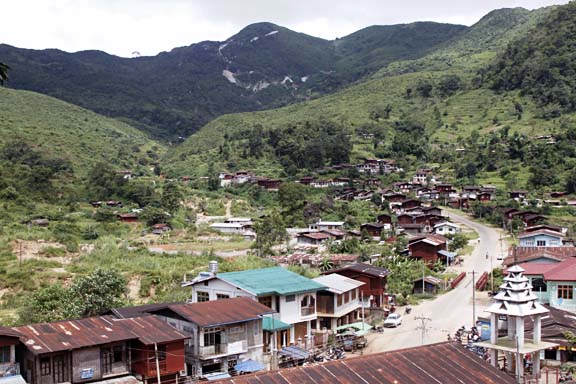 Léoo (lè-ü) “လယ္ဦး” is a quarter in Mogok at the northeastern end of the town. The road leaving for Moe Mit, a village nearby, passes through Lèoo. 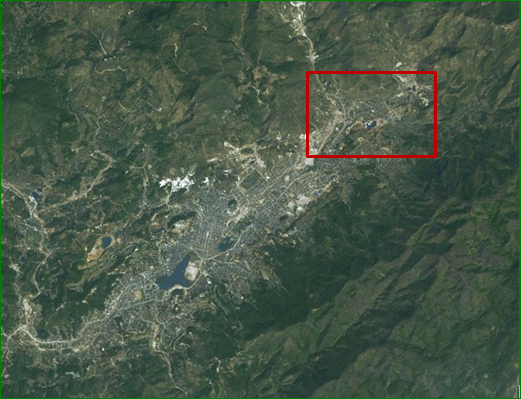 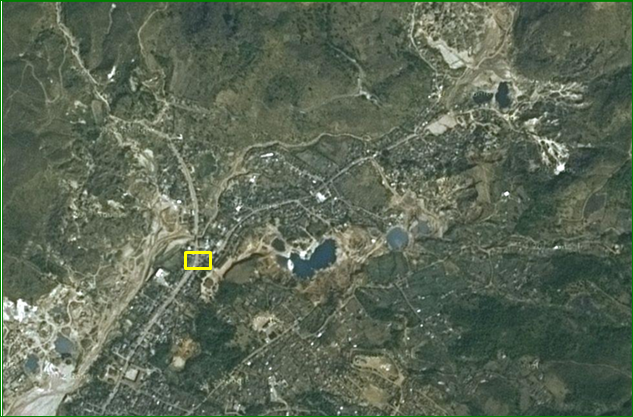 Lèoo Htapwè is at the junction of the road going to Mong Mit and the road leading to the eastern part of Lèoo. 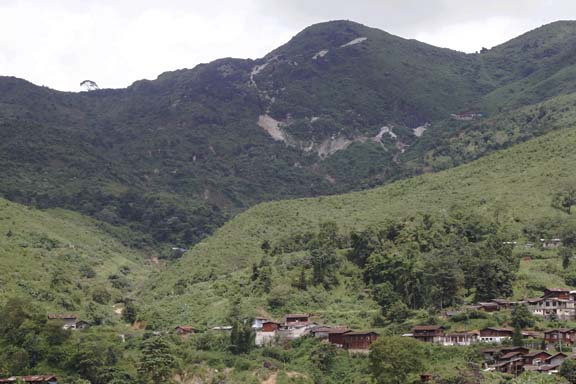 A ruby mine where gemstones are extracted from the limestone seen to the north of Lèoo. Discarded crushed limestone, showing as white splotches, marks the location of a mine. 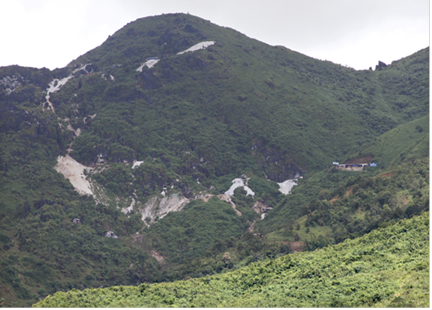 Buildings of the mine are seen at the right middle in the picture. 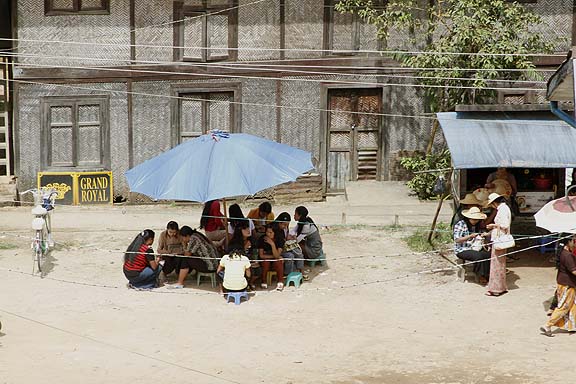 Dealers bargaining under an umbrella and at the front of a stall selling pan. Pan (pän) is a mixture of betel nut, mineral lime, and pan (betel leaf), a mild intoxicant, chewed as masticatory. Pan is also popular in India and some Southeast Asia countries. Pan is also spelled paan. 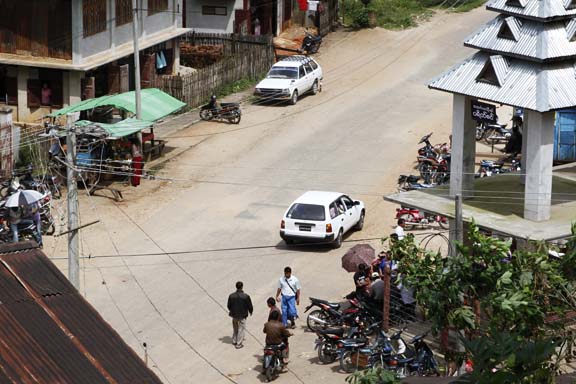 Lèoo htapwè (lè-ü  hta-pwé) , like other htapwès in Mogok, is held seven days a week. Dealers start to come at about 10:00 in the morning and leave at noon. A few years ago—among the htapwès in Mogok—Lèoo htapwè used to be the earliest to start, at sunrise. 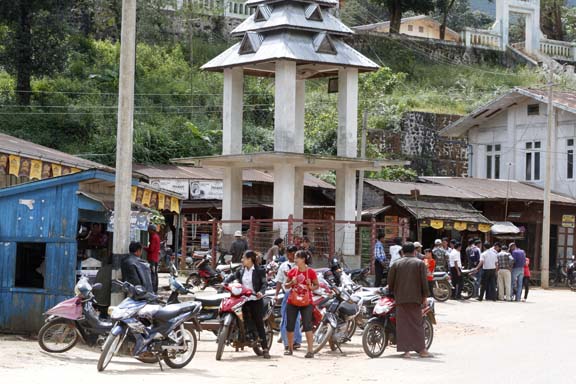 Groups of dealers at the junction of the road going to Mong Mit and the road entering the eastern part of Lèoo quarter. 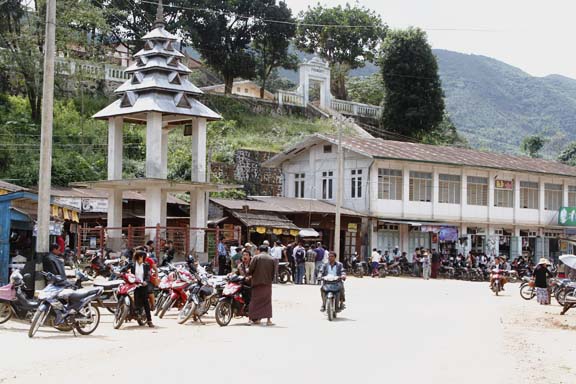 The building at the junction is ywa lè sin “the Stage at the Center of the Village”, also called p’yeit sin “Stage for Chanting Religious Texts”. Ywa lè sins are usually found in places that have Shan or Palaung communities. 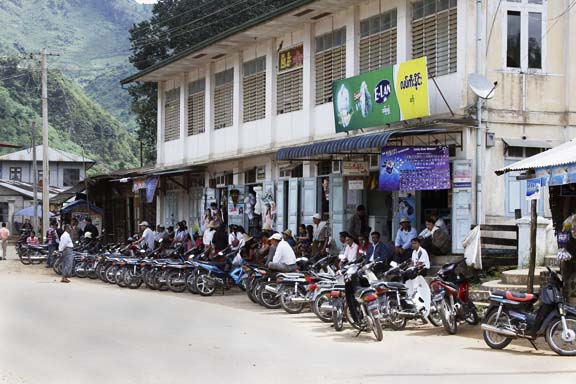 Gem dealers at work.  In the image above, you can see them gathering in front of a store waiting to start business. 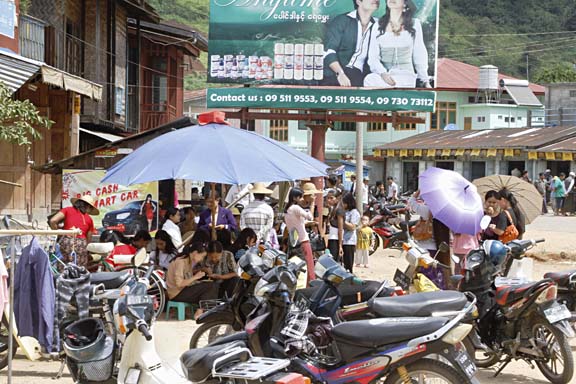 A group of gem dealers, almost all of them women, inspecting gemstones.